The Act of Creation

The creative act is not an act of creation in the sense of the Old Testament. It does not create something out of nothing; it uncovers, selects, reshuffles, combines, synthesizes already existing facts, ideas, faculties, skills … ‘It is obvious’, says Hadamard, ‘that invention or discovery, be it in mathematics or anywhere else, takes place by combining ideas…The Latin verb cogito for “to think” etymologically means “to shake together”. St Augustine had already noticed that and also observed taht intelligo means “to select among”’ [Koestler, The Act of Creation, p119-120]

I’m slowly rereading The Act of Creation, one of the formative books of my teenage years. Arthur Koestler sets himself the task of describing creativity across art, science, and humour. The core is what he calls ‘bisociation’, which means thinking simultaneously in two frames of reference.

He goes way too far in attempting to reduce everything to his one system. The picture on the right, from the book’s frontispiece, is an example of this. But the book has more than enough insight to make it worth reading. 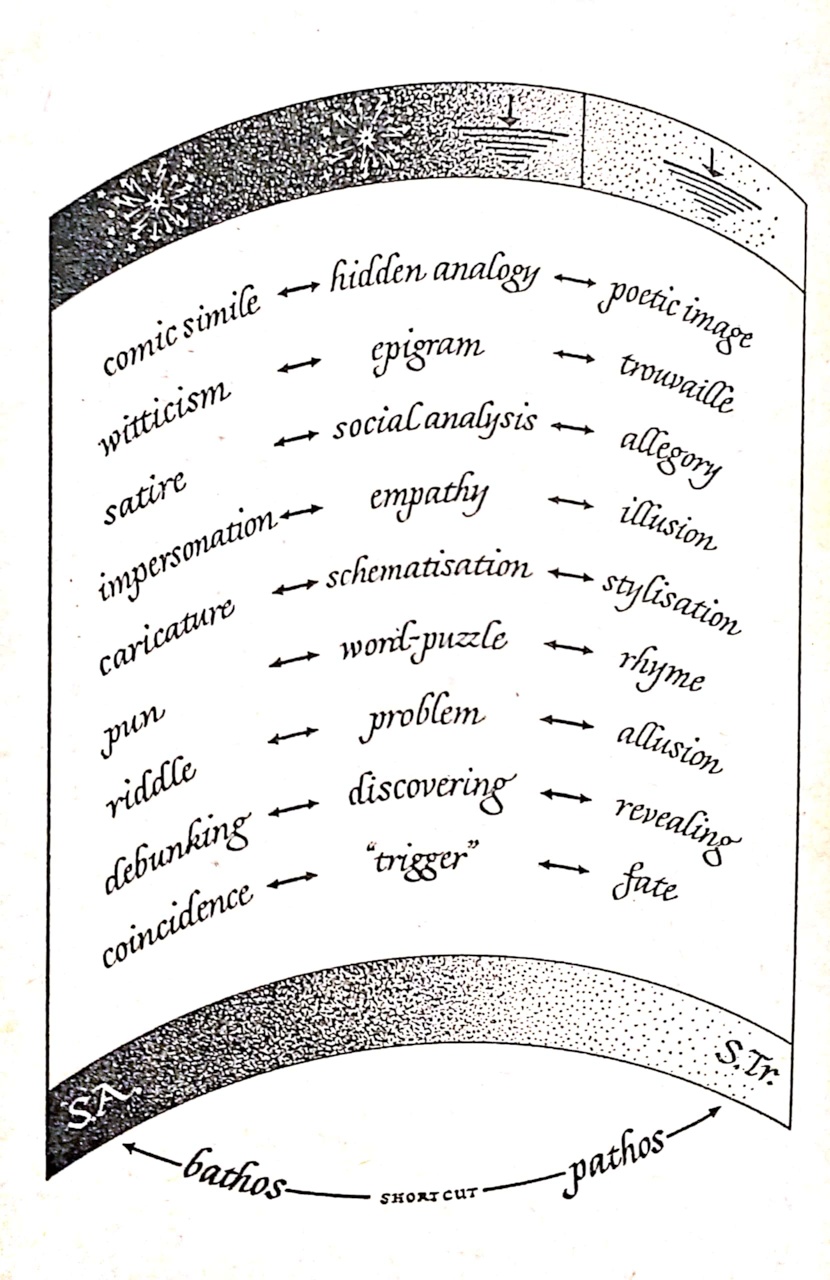